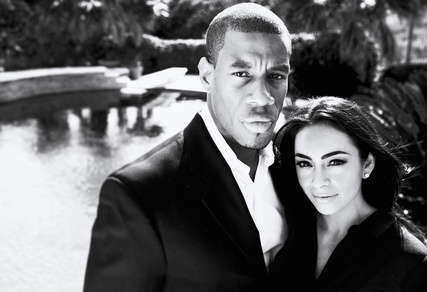 Antonio - The story of Antonio Daniels begins on March 19, 1975 with his birth in Columbus, Ohio. He is best known for his long run in the NBA, during which time he won a National Championship with the San Antonio Spurs in 1999. Antonio holds an exceptionally positive world-view, shaped through life lessons steeped in both hardship and triumph, and he is passionate about sharing his lessons with the public.

​Sonia - San Antonio native, Sonia Daniels was born on December 14, 1976. She has developed an exceptional life perspective the wife and backbone to her husband Antonio Daniels, and his 12-year NBA career.  During Antonio’s illustrious NBA career, Sonia was afforded the special opportunity to use her status to help those in need.  Sonia played a vital role in a program called ‘Behind The Bench,’ which was geared towards NBA wives while Antonio was playing in Washington D.C.  Through Behind the Bench, Sonia worked with Toys for Tots, various battered women’s shelters, visited hospitals, and served Thanksgiving meals to those less fortunate.